After two weeks on the road, I arrived very tired at Antigny two days ago and have been resting since. 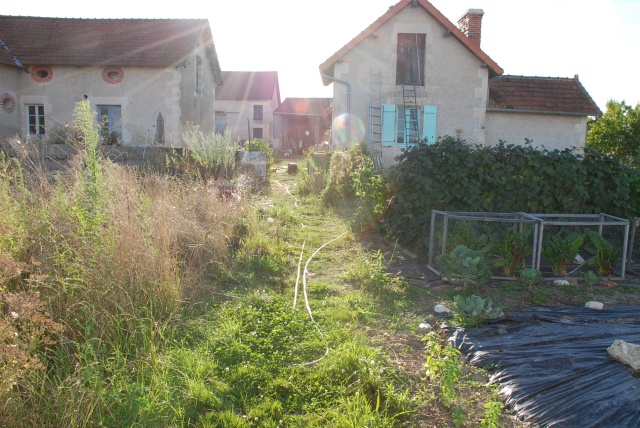 It has seemed the whole year, ever since January when I arrived back in Canterbury from Rome (via three months in a monastery) has been an unmitigated disaster.  A full blog post about all that will go into further details, now that the NUT is mounting a case against the CRB for compensation and it looks as if the whole horror story is now over; but I have begun to feel that I never want to return to England.  I have spent three months fighting the Big Brother police state apparatus which first incompetently confused me with another person, like some horror story of Franz Kafka, where you wake up and everyone thinks you are an insect rather than the person you were yesterday(!); and then offered me £500 compensation for all the damage of lost earnings, mental cruelty, and a career completely jeopardized by their stupidity and Liverpudlian frivolity.  (The CRB is based in Liverpool and employs a vast number of people, but any time you speak to them you are under the impression that these people should be stacking shelves in a supermarket: they do not know what they are talking about.  The CRB is the most expensive and the most dangerous job-creation-scheme ever devised.)  But now the rabit piligrimin is tucked safely into a caravan parked in a barn…  A burrow of sorts. 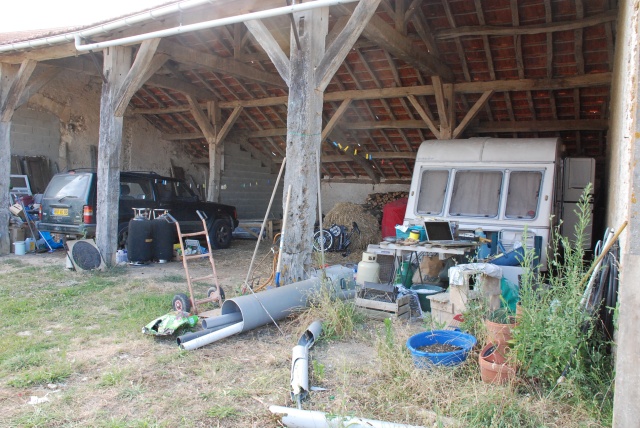 Yes, that is the rabit laptop, sitting on the palette in front of the caravan, where a perfect Wi-Fi signal is possible (the caravan is aluminium, so acts as a ‘Faraday cage’ with no signal. 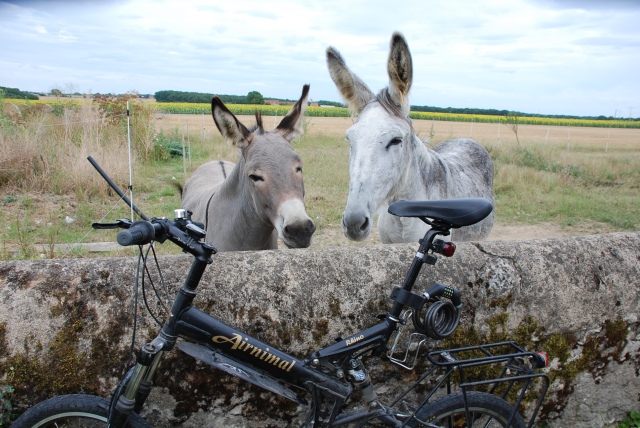 Of course, much misunderstood aminals like rabit piligrimins get on very well with other long-eared piligrimin aminals, like piligrimin donkeys.   Rosie and Daly explore the piligrimin rabit’s velociraptor.  We shall all be going for a walk together tomorrow prolly if the weather is good.  I’m going to get experience walking with donkeys, then maybe take Daly on a longer walk on the Chemin Saint Jacques locally for two or three days.  (Shades of Robert Louis Stevenson’s Travels With a Donkey, except I’ve made friends with the donkeys first, unlike the rood and norty Mr Stevenson who was very unkind to his donkey.)

Here are my friends Barbara and Chris at Chauvigny Aero Club, with Barbara fitting Chris into the cockpit of a glider ready for take off.  It was a busy day, with the Gerans, Belgians and Dutch all preparing to set off home after atwo week gathering without good flying weather.

Rabit went off in search of romanesque art and found a stunning set of Apocalyptic capitals in the church of St Paul in Chauvigny.  The most beautiful of them was the carving of the Holy Family.  What I like about this art is the almost Simpson’s cartoon simplicity meeting the secret of the universe which is contained in the Bible story.  I was transported.  Marvelous work. 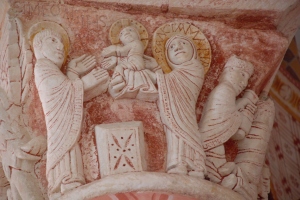 And somewhere between the resting from the road, the donkeys, the flying club, and the National Union of Teachers solicitor phoning to tell me my case against the incompetence of the CRB was advancing well, a Deputy Head Teacher in Spain phoned up to offer me a teaching job, starting in a few weeks time.

My equusasinus.net blog (2015 to the present) is a diary of my life with donkeys. It follows on from the "Brother Lapin's Pilgrimage" blog brotherlapin.wordpress.com (which ran from 2010 to 2015) charting my pilgrim's progress from Canterbury to France then starting a new life in Spain with donkeys.
View all posts by Gareth Thomas →
This entry was posted in Uncategorized. Bookmark the permalink.